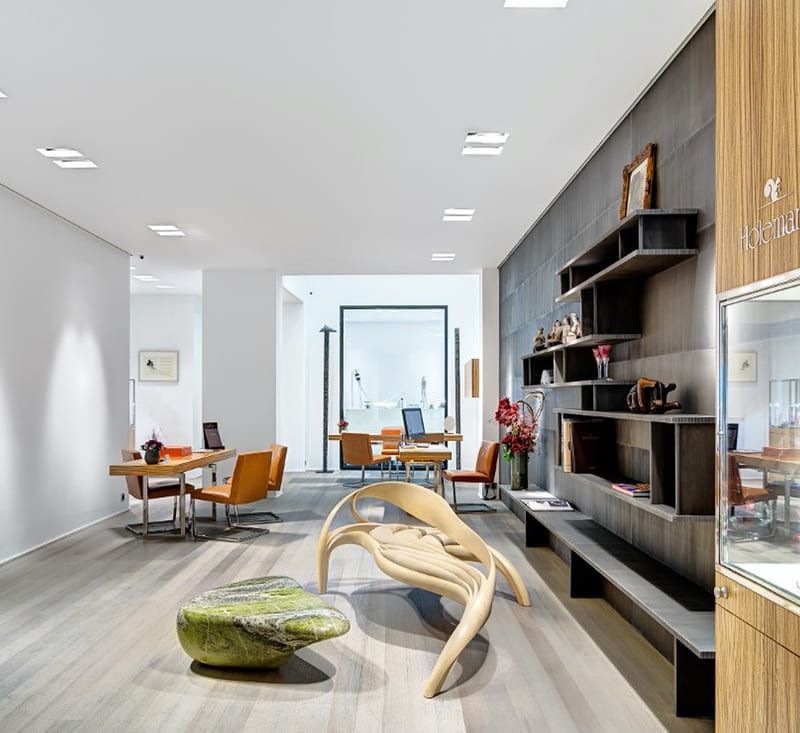 "I took over the name, the history, the designs and everything related to the intellectual property of the company, which I set up on the Place du Grand Sablon the following year." So here we have Moïse Mann as the owner of both Manalys and Holemans. Is there a risk of cannibalisation? "Not at all, because Manalys remains attached to unique pieces and exceptional stones, while Holemans retains its spirit of collection, in a more classic and financially more accessible style."

This is an opportunity for the spiritual heir and purchaser of the house to outline the history of the institution in a few words because, he insists, "there are few Belgian jewellery houses that have been able to survive the ages and perpetuate their incredible know-how over the generations". And he goes back in time with Henri Holemans, who founded his company in 1922 to manufacture religious silverware, in particular Art Deco style ciboria and chalices."

In the 1930s, he received extensive training from a Japanese master in the art of precious lacquer. He passed on this technique to his son, Jean, who applied it mainly to jewellery. From 1960 onwards, he developed the jewellery business, making it a point of honour to create symbolic and transmissible pieces that tell the story of a lasting commitment over the generations. The Holemans style was born, both classic and timeless, punctuated with references to Art Deco style and embellished with precious and fine stones. Later, Jean Holemans' son, Thierry, followed in his father's footsteps with brio.

At the beginning of the 1990s, he opened the boutique on Avenue Louise and began to create jewellery with contemporary lines and lacquers. Thierry will make the name of Holemans shine beyond our borders and will be, in 1997, the first Belgian to open a boutique on the Place Vendôme. "Today I am the guardian of the Holemans style", explains Moïse Mann. explains Moïse Mann. "My ultimate goal is of course to protect and perpetuate a Belgian craft, but also to create emotion. From creation to manufacture, all stages of the jewellery production take place on site, in the Brussels workshop in Grand Sablon. The combination of precious metals, rare stones and artisanal know-how gives rise to unique creations "made in Belgium", marked with the master stamp.

For the past ten years, more than 95% of the collections have been made of recycled gold, and all the diamonds come from legal sources that are not involved in financing armed conflicts in Africa.

Putting his words into action, Moïse Mann then unveils the three creations intended to celebrate this prestigious anniversary: a necklace of coloured sapphires and diamonds, a set comprising earrings and a necklace of diamonds and tsavorites, and finally a marvellous solitaire entitled "Promesse", of rare elegance and finesse. An illustrated album, currently being produced, will conclude this tribute to the history of one of the most emblematic Belgian houses in October.

Leave us your email and receive invitations to our private events, discover our new products in preview and benefit from our exclusive offers (max. 1 time per month)